At least since I’ve been an adult I’ve never been able to sleep the least bit well.  I often tell people that I haven’t gotten five minutes of sleep since the presidential debates between Kennedy and Nixon.      As far as I’m concerned I qualify as an insomniac.      No matter what I do,  I always end up lying around wide awake in the middle of the night, and frequently go back to sleep for only very short periods of time.   I know that I get some sleep because I often end up perceiving circumstances that couldn’t possibly happen were I awake.    Frequently I dream of the long ago past, and my dreams are populated by people who are long deceased, or whom I don’t even remember ever having met.    At least once I dreamed that my cousins Vinnie and Noreen, who both live very far away, were in another room as I lay  in bed in the very pajamas I was wearing that night.   I heard both their voices as literally as if it were real.    Over the course of the past few decades I’ve tried all kinds of gimmicks to help me sleep.    I usually avoid coffee or anything with caffeine late in the day but that doesn’t help.     People have told me that I go to bed too early.   When I’ve tried to go to bed late at night I’ve woke up with bad headaches and in a bad mood.   I’ve found, over the years, that it’s best for me to go to bed as early as possible, preferably before 9:00 p.m. , and to get up extremely early too.    As anyone who’s ever been in my company late at night can tell you, I’m not an interesting character when I’ve stayed up too late.     When I worked for the postal service in Bethpage, I often was forced to work overnight, from 8:45 p.m. to 5:00 a.m.    One of the most horrible parts of that job was the fact that it was impossible for me to sleep during the day.    Having been to high school reunions and several other overnight occasions, I’ve noticed that no matter what my circumstances are at night, I simply can’t possibly sleep for any significant length of time during the day.    I can remember once, though, in the late 1980’s when I was working at Citicorp Retail Services in Farmingdale, when I fell asleep for a few hours late in the afternoon.   When I woke up to a clock that said it was sometime after 7:00,  I couldn’t figure out  whether it was a.m. or p.m.    I need as much dark, and as much peace and quiet as possible,  to sleep well.    Noise has always been an unwelcome part of my life.    Over the course of the past few years I’ve always lived close enough to airports that I appear constantly to be subjected to the perpetual sound of jets flying by.   It literally never seems to end and I’m quite hypersensitive to that.    I’ve never been able to sleep in a moving vehicle either so travel presents yet another problem.     Unlike many people I can’t watch television ,  read or listen to music to pass the time in the hope that it will put me to sleep.   Those kinds of things only make me groggy and even more frustrated.   They increase my risk of getting a headache.     By now I’ve learned quite well how to handle all this annoyance.   My inability to sleep well has even become quite a part of my image.    Instead of bothering to complain I simply deal with it from an early to bed and early to rise standpoint. 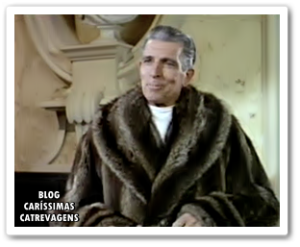 Sheckyville's Storyteller With A Camera

Me, and my musings on music and all else.

Life hacks, fashion and beauty tips, photography, health gyan, poetry and heartfelt musings about everything and anything under the sun!

Creative, educational insights from me to you.

Thoughts and Ideas that Inspire

17-syllable poems and other short writings and musings.

Listen, are you breathing just a little, and calling it a life? ― Mary Oliver

Writing On The Sun

Season One of Leave It To Beaver Reviewed

My life as a black, disabled teenager

Taotalk is a forum for the discussion of both the academic and pragmatic aspects of dao and Daoism, with participants expressing themselves on Daoist writings and pragmatics from their unique perspectives. It serves as a community for Daoists, and those interested in Daoism, to gather and talk dao.